Hershell Norwood graduated from Tufts University, where he majored in theater, and then earned a Master of Fine Arts degree from Brandeis and an M.A. from Texas Tech, focusing on theater, playwriting, acting, and directing. He has taught those skills, as well as English, critical theory, and advertising and sales skills at a variety of universities and institutions. His acting career has comprised roles in theater, television, and film, and he is the author of two plays, Billie’s Blues, about the struggles of singer Billie Holiday, and Fell the Tallest Tree: Judgment of Paul Robeson.

Currently, Hershell is writing a book entitled, Quest: A Cultural Aesthetic Theory for Black Theatre, Harlem 1925-1941, which focuses on the highly influential Harlem Renaissance movement and what it can teach us about the black aesthetic.

Hershell’s book is a fascinating investigation of a topic that encompasses so many complex issues that we have grappled with for centuries. Please join Hershell as he leads what promises to be a stimulating discussion. 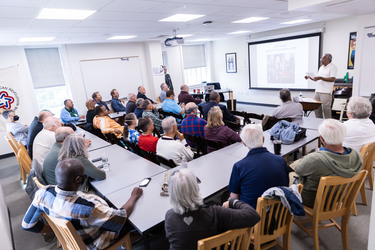 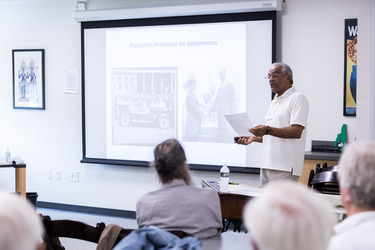